Kia ora whanau, the 3rd day of the Tai Tokerau Challenge was spent in the Bay, and another big, but glorious day was had by all!

Scoring the points first thing this morning, winning the swim around the ship was local team Bay of Islands College, well done! The ship then headed out to Motu Kokāku Cape Brett, heading through the hole in the rock Tucker style, in the tender, kai pai! Then heading in to Deep water Cove they went for a dive on white reef.

On board the floating classroom lessons were not forgotten, with lines, knots and the rules of the road. Later that afternoon, Pompallier scored points for the first fish caught on the voyage, so all are happy sailors. Competition is still wide open between the teams.

Tonight they are anchored in Oke Bay, planning a big day tomorrow as they make their way down the coast. 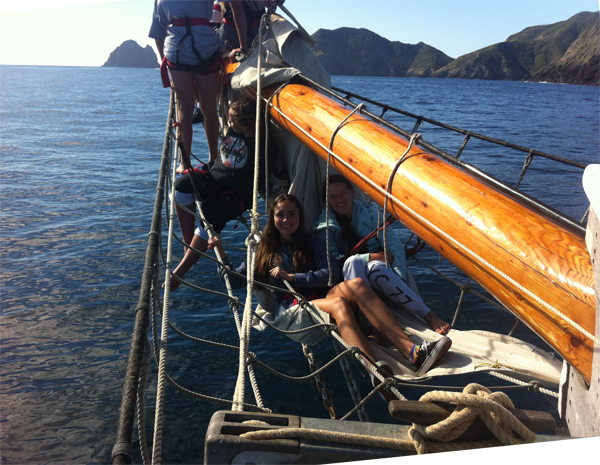 Team Kaitaia on the Bowsprit