Kristy Buchanan and Prairie Herk teamed up to take out the title and say the voyage has left them with memories that will live with them forever. It is a case of fourth time lucky for Taipa Area School. Glenbervie’s Huanui College took home the title last year. The five-day voyage is in its ninth year and pits teams of two students from six Northland high schools in a competition to be the best. But it’s not just about sailing. Students are judged on safety, leadership, cooking, daily challenges, team work and more.

Students sailed from Opua to Whangarei’s Port Nikau, taking in Northland’s beautiful east coast – rounding Piercy Island (the Hole in the Rock) and dropping in at Mimiwhangata, Poor Knights and Urquharts Bay along the way.

Northpower and Top Energy have been sponsors of the event since day one and Northpower Network General Manager Josie Boyd says it’s inspiring to support the development of Northland youth who are clearly our future leaders – a sentiment shared by Top Energy Chief Executive Russell Shaw.

“They demonstrated they had what it takes in terms of leadership, initiative and especially teamwork. They also showed they could work not just with each other but also members from other schools to complete their tasks,” Ms Moretti.

“As well as learning to sail the ship they were continually presented with a variety of challenges, both physical and mental, while also having a lot of fun. All of the students who took part tested themselves in an unfamiliar environment, rose to the challenge with enthusiasm. It was very rewarding seeing them buzzing with excitement when they docked in Whangarei at the end of the voyage. There was a real sense of comradery on their return.

“We are really looking forward to the 10th anniversary voyage in 2019 and encourage high schools to start thinking about their entries now.” 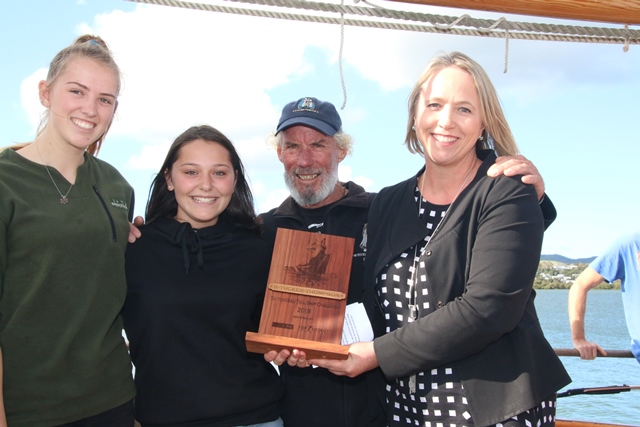