After playing some games to break the ice and saying goodbye to our whanau, we set the foresail and headed off into the bay.

We then split into two watches, port and starboard to be shown around the ship and to get familiar with all the safety gear and other equipment. We then got settled into our bunks and stowed our things. We started to get to know each other over a lunch of chicken pasta.

In between Moturua and Motukiekie we learnt how to put on harnesses to climb the rigging and keep a look out for dolphins. We were soon rewarded when a large pod came and circled the boat for about twenty minutes.

We then dropped anchor at Army Bay on Moturua Island where we went for a long as walk around the whole island. The boys were speedy and Jayden, Razarn, Te Aoturoa and Izaiha where the first back to the tender.

Back aboard Ngahuia and Pihanga jumped in the water for the last swim of the day.

Now we are heading to our night anchorage at Paradise Bay, where we will eat our evening meal and most importantly share Eloises Birthday cake! 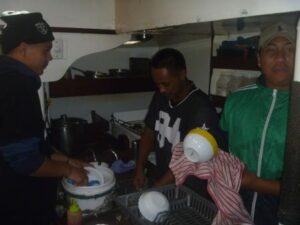 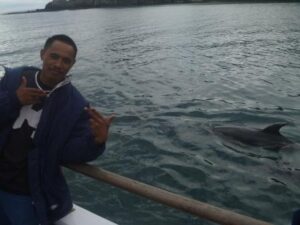